The attention to details is the main feature which makes the difference, unique peculiarity of “Made in Italy”

Customer’s satisfaction has always been an essential aspect for Montini Guerino snc. The modern and flexible production process combined with a qualified staff guarantees the high-quality standard.

A team of professionals at your service

We carry out transport all over the world 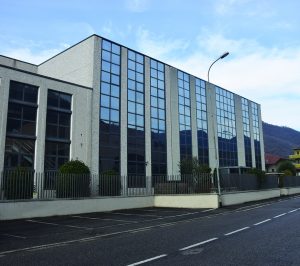 The Company was established   in Lumezzane in 1972. It was initially a small family business started by the father Guerino.  Later on, the three sons Giovanni, Roberto and Giuseppe, each one specializing in their own role, enhance the activity and in 1980 the headquarters are moved to Villa Carcina,  where the production is still taking place today.

From the  initial manufacturing  of stainless steel household articles,  the Company moved on to a wider and more complete range of products including cookware for restaurants and hotels.

In  2009  the company Gierre, producing plastic household items, was acquired as well as, one year later,  the company Omra, a historical factory  specialized in the production of electric and manual devices such as tomato squeezers and meat grinders.

Later on,  the manufacturing of the SPREMY  and TESTAROSSA  tomato squeezers was also acquired